Urban mine: a rich repository of circulating resources

Did you know that there are mines lurking in the cities where we live?

Hundreds of thousands of tons of waste appliances are abandoned every year in Korea. Waste appliances are high-value mines that hold both recyclable iron, non-ferrous and rare metals.Urban minerals, which are a report of circulating resources and extend to economics, are as important as natural minerals.

COPPER GRANULES EXTRACTED BY SHREDDING WASTE APPLIANCES AND IT EQUIPMENT. THIS PHYSICAL SCREENING AND REFINING PROCESS IS THEN REBORN AS A HIGH PURITY INDUSTRIAL MATERIAL.

The Tokyo 2020 Olympic and Paralympic Games were delayed by one year in Japan last summer due to the impact of the COVID-19 pandemic. Each athlete who recorded the best of the best, based on their high will and long training, received a medal of glory. Tokyo Olympics · A total of 2729 medals were awarded to athletes during the Paralympics, including 871 gold medals, 873 silvers and 985 bronze medals. The weight of the medal is gold · Silver · 556g, 550g, 450g, respectively.

Medals vary slightly in weight and size at each Olympic Games, and ioc regulations state that silver and bronze are the main ingredients, but gold medals can be plated with more than 6 grams of gold in silver medals, rather than pure gold. Therefore, tokyo Olympics · Gold used for medals awarded at the Paralympic Games · Silver · Consent total weight is 5kg · 959kg · It weighs just over 443 kg. The actual cost was much higher, given that we also made the losses in the manufacturing process and the extra medals that were not awarded. 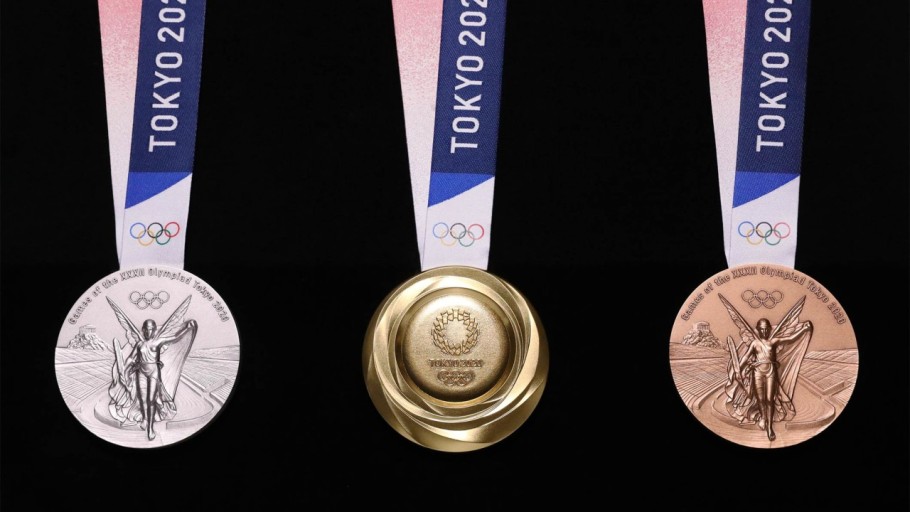 Tokyo 2020 Olympic and Paralympic Medals are ‘mined’ in all urban mines · Silver · It is made of copper.

Surprisingly, the medals were all made of metal recovered from end-of-life or abandoned electronics. As a result, ‘2020 메달 프로젝트’라는 이름의 전자제품 기부 캠페인을 시작했습니다. 그 결과 by 2019, 78,985 tons of lung electronics, including 6.21 million mobile phones, were collected and gold, silver, and copper were extracted to make more than 5,000 medals.

Tokyo Olympics · The Paralympic Medal is the most consistent example of the concept of urban mine among resource recycling.

Urban mining refers to an industry in which metals are widely distributed around a residence in the form of products or waste, quantitatively extracting useful resources from a state of mine size or such waste. Objects from urban mines can occur across industries. All products manufactured using metal in whole or in part, i.e. electricity that has been ended or discarded · Electronics, batteries, etc. 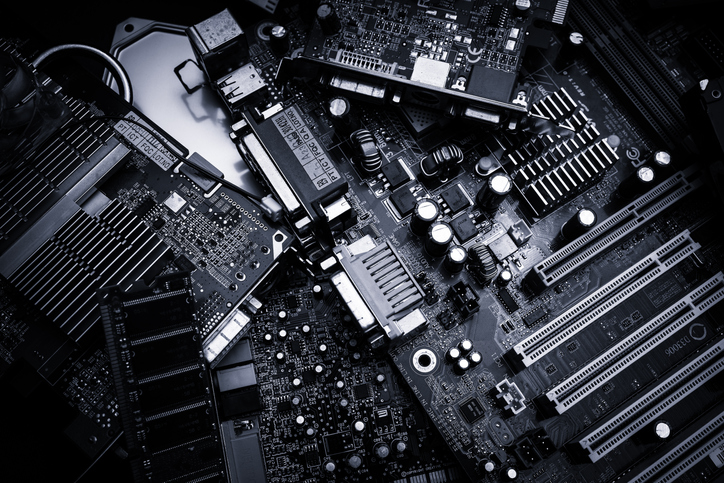 Urban mining was advocated in the late 1980s by Professor Michio Nanjo of the Sun-KwangJeon Institute at Tohoku University in Japan. Among the circulating resources, it is particularly attractive to obtain “rare metals”, and it can operate effectively in densely populated urban areas. The value of urban mining is threefold.

The first is affordability.The natural ore mined in the mine has a low content of metals and is refined to increase purity. However, individual household appliances already contain metals that are highly pure, even if trace amounts are used. Therefore, waste electronics can recover more minerals than their weight. For example, gold, a typical precious metal, is typically used to extract 5 grams of gold from 1 ton of gold ore, compared to the same weight of 1 ton, which can be obtained 20 grams in waste, 53 grams in waste PCs, and 400 grams on closed phones. (This is a rough example, of course, and the actual content and extraction volume vary depending on the actual product and crane.)

Second, it is rare metal recycling. In addition to the high content of urban mines compared to natural ore, urban mines are also highly valuable for recycling ‘rare metals’. Cobalt · Tantalum · Palladium · Widely used and increasingly important in the increasingly developing IT industry, such as indium, rare metals are omnipresent in a small number of countries, adding to the demand-supply market model, and even political context. Therefore, urban mining development is a great addition to the stable supply of rare metals.

Third, it is eco-friendly.. Urban mines that recover useful metals from waste electronics are themselves an activity that reduces environmental pollution. Many of the garbage that mankind is vomiting is Electronics are occupied, and these garbage, dumped on exposed ground or landfilled underground, generates pollution over a long time. City mines are the first to collect discarded electronics, which can naturally improve environmental pollution.

Urban mining is largely part of resource recycling, but it’s a broader concept that includes refining metal materials beyond the traditional recycling industry, where metal parts are separated from disposal products. Therefore, urban mines are a complete resource cycle system, from collecting scraped goods to processing them for immediate use as industrial raw materials. Today, countries around the world are fostering urban mining industries to achieve their goals of resource economy, supplying stability of rare metals, and being green.

The aforementioned Olympic medal-making examples are a result of Japan’s green and practical urban mining processes. Towa Holdings, a representative company of urban mining in Japan, has been dismantled from the collection of raw materials through its subsidiaries. Screening, Article · We succeeded in vertically edging a series of processes ranging from refining, metalworking and material production. The company is germanium · Ruthenium · Gallium · All have 22 metal recovery technologies, including selenium.

Already in the early 2000s, The largest urban mining company in the European Union, which began operating the WeEE Directive, is Umicore in Belgium. It has the world’s largest recycling plant and makes around 30% of its revenue from urban mines. Umicore has its own recovery technology, which only breaks down about 60% of the closed phones, and then melts · It is known that it can be purified and separated into several rare metals.

As the demand for batteries grows, waste battery recycling is a global concern. The working process of The Canadian Rye-Cycle, which listed on the New York stock market last year. (Source: li-cycle.com)

Recently, the most named urban mining company in North America is Canada’s Li-cycle. Rye-Cycle is a professional recycling company that specializes in waste batteries and was also listed on the New York Stock Exchange in August last year through a merger with Perry Dot, a corporate purpose company (SPAC). Although it is still in deficit, the company’s listed news is due to its recognized eco-friendly recycling technology for extracting metals, rare metals and base metals, and the expectations for the growth of the waste battery recycling market. It has attracted urgent attention from across the economic world. Lg Energy Solutions and LG Chem, a domestic battery specialist, recently invested a stake in Rycycle and signed a long-term supply contract. Over the next 10 years from 2023, we decided to receive 20,000 tons of nickel, one of the main raw materials for batteries.

“I’m not going to tell you what I’m going to do.

Korea’s recycling industry is expanding in quantities, and a consensus has been formed to foster high-value urban mines. Currently, there are two major industrial teams, except for collection. First, there is a selector that physically separates waste electronics. Resource recyclers, such as SP Nature, which dismantles and shreds waste appliances and selects and shipps them by material, may have their own recycling businesses (entrusted to EcoCity Seoul) by local governments, such as SR Center in Seoul.

The next step is grm, Sungil Hi-Tech, etc., which purchase recycled raw materials classified by items such as iron, non-ferrous, and plastic, and refine them and process them into high purity raw materials such as gold, silver, cobalt, palladium, etc.

However, korea does not yet have individual laws on urban mines, various relevant laws are mixed, and the Ministry of Environment and Industry and Commerce shares the relevant work. There is no separate classification of urban mining industry in korea standard industry classification, and ‘collection and transport’ ‘dismantling · Separation · Some people point out that it is difficult to understand the status and support policies by industry due to different classification codes such as refining drills. Accordingly, the Congressional Law Research Office suggested that “it is necessary to rework the relevant statistics and classification system and consider ways to create an ecosystem” through the “State of urban mining industry and future challenges” report.

Urban mining is the most effective industrial strategy to put context into the green agenda, an issue at face worldwide, while also responding to the reduction in the number of metals resources (currently identified reserves divided by annual output). Perhaps one of the key foundational technologies that will sustain the continued development of human civilization is urban mines. The process as important as production to achieve a complete resource cycle is recovery and recycling, so it’s time to be interested in urban mining.